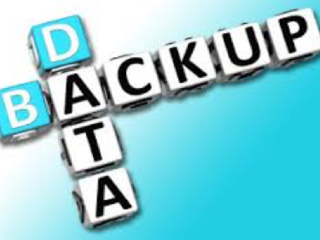 Backup is for recovery from hardware failure or recent data corruption or loss.

Why Backup is needed?

A Backup is copy of your data that is made in order to protect against loss of that data. Typically, backups are made on a regular basis to a time schedule or when the original data should be updated. Usually original data is not deleted, but older backups are often deleted in favor of newer ones.

There are various ways to backing up data

1.Keep it in the cloud

2. Save it to an external Hard Drive

4. Put it on a USB Flash Drive

Usually Desktop computers, VMs, and mobile devices are all commonly backed up. Backups can include data, OS and application files, or a combination of these according to the backup methodology and purpose.

The goal of a backup is to make a copy of anything in current use that can’t afford to be lost. A backup of a desktop or mobile device might include just the user data so that a previous version of a data can be recovered if necessary.

In the case of a ransomware attack, a solid backup strategy can mean the difference between being able to restore a compromised system and having to pay a ransom in the vague hopes of getting a decryption key to obtain access to files that are no longer available because they were encrypted by the attacker.

Backups can have additional uses. A user might go to a backup to retrieve an earlier version of a file because it contains something no longer in the current file, or, as is possible with some backup services such as Backblaze Backup, to share a file with a colleague or other person.

In my opinion, Cloud storage is considered as most convenient and flexible data backup.

There are some versions of cloud storage: iCloud, Google Drive, One Drive and Dropbox.